Lego Ninjago was firstly introduced to all Lego lovers in TV series. Even though no one expected such a huge success, it became popular among all people just in one year. That is why Lego decided to design sets with this theme and since then these Ninjago sets became successful among all Lego fans. You might also like to check out my other article that features Lego dinosaur sets.

The Lego Ninjago collection is inspired by East Asian myths and culture featuring traditional Asian villages, clothing and much more. In these models, dragons are a popular theme, so here are the best Lego Ninjago sets featuring dragons: 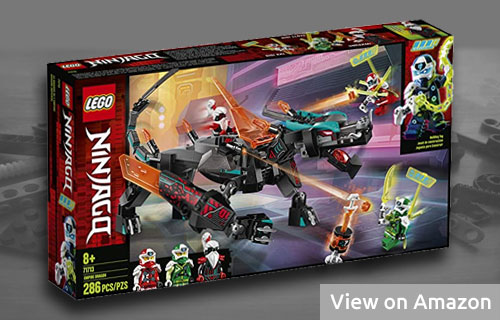 This Lego building kit is made of one dragon and three minifigures of Digi Jay, Digi Lloyd and Unagami. The dragon figure is 5” high, 15” long and 5” wide. It is of the black color with nice blue and orange details. This ninja toy kit is made of 286 pieces, so it is fun to play with this kit and to build it even for smaller children. It is the perfect Lego set for recreating fighting scenes from the Lego Ninjago Movie. 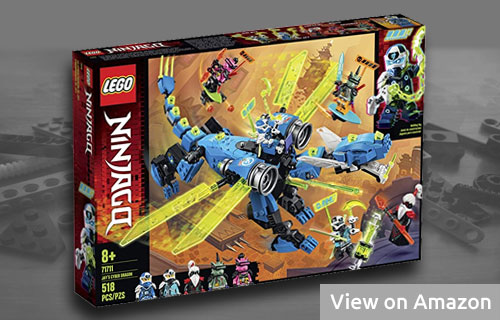 This building kit contains a tech dragon which has guns built in his limbs and five more minifigures. This dragon is made so that you can extensively play with it, you can move the tail, head and even the wings. Furthermore, you can fire the missiles which are built in the body. It is a little bit more complicated to build than the set above, as it has more than five hundred pieces, but it is super funny to do that. I believe that many children will enjoy building this Lego ninja action toy. 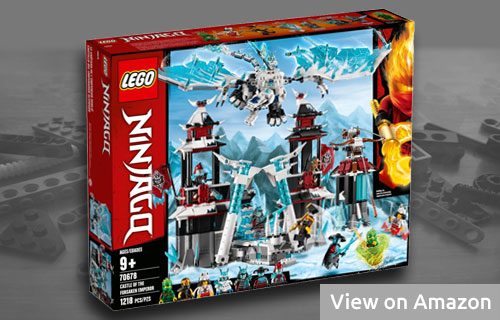 Inspiring to recreate the battle between ninja versus Ice Emperor, this kit is perfect for older children. It is made of 1,218 pieces and you will get the Castle of the Forsaken Emperor with the Forbidden Ice Dragon and minifigures. The dragon is 5” high, 14” long and 20” wide and it represents the dream of all the Lego Ninjago fans. Surely, it is possible to move with all the parts of the dragon. On the other hand, the castle has also many functions such as throne reveal, where the castle opens and reveals the throne, or the prison with lever-operated opening door. The bonus of this building kit is also the tornado spinner which enables to recreate the fights with tornado fighting technique. 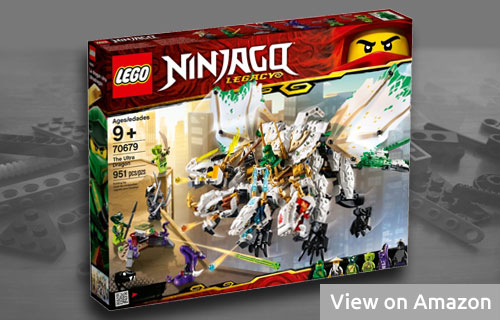 In this set, you will find a dragon of an unexpected size. This dragon is made of more than nine hundred pieces and it is 7” high, 21” long and 17” wide. The size is not the only thing that will surprise you. Furthermore, it has 4 heads each having one shooter and it also has whipping tail and unfolding wigs. The dragon has dual cockpit so that two figures can be seated on the dragon at the same time. There is also a handle on the dragon, so it is possible to play extensively with the dragon and to recreate the ninja fights against Lord Garmadon. 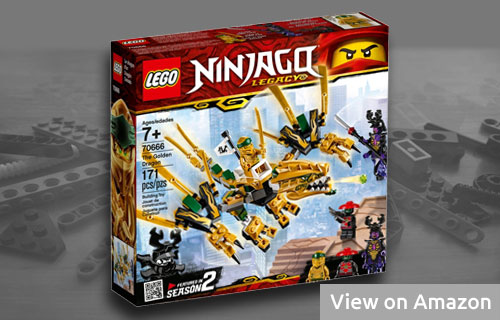 The Golden Dragon is one of the most famous models, as it was featured in the final battle between Golden Ninja Lloyd and Overlord in the Ninjago TV show. This building kit is made of 171 pieces containing the Golden Dragon and 3 minifigures. The model has a possibility to move with all body parts and furthermore there is a hidden gun in the dragon’s mouth – the dragon can spit the shots! I would recommend this set even to younger kids as it is quite easy to build. 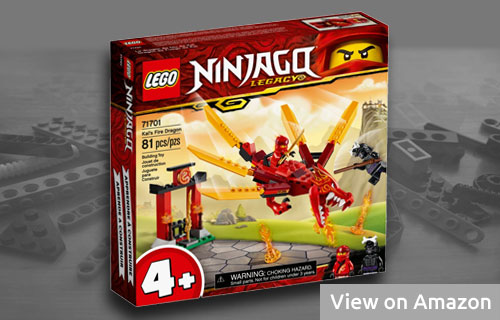 The final set of this article is for the youngest (from the age 4+). It is made just of 81 pieces and it is suitable for all kids from the age of four years. This dragon toy figure kit contains the Kai’s Fire Dragon, two minifigures: Kai and Lord Garmadon, and a small temple of fire. With this set you can recreate all the battles between Kai and Lord Garmadon from the season one of the Lego Ninjago TV series. You can recreate this building kit into a wide variety of battles. It is perfect to develop imagination, especially of the preschool kits and it would be a perfect gift for them.

Check Current Price
I believe that everyone will be able to choose his/her favorite dragon Lego Ninjago set from the kits described above. The Lego Ninjago collection did not became famous accidentally, but because of the well-built models, and also because of the wide spectrum of play options as there is such a wide variety of battles and ninja fights that you can recreate when playing with the sets.