This Lego Technic set was released in 2009. It contains 590 pieces out of which most of them are red, gray and black. There are some special parts included in this set that are seen quite rarely. It also has a pretty big box and the instructions booklet has 75 pages. The reason why the instructions booklet is so big is that you are able to build two models from this set. 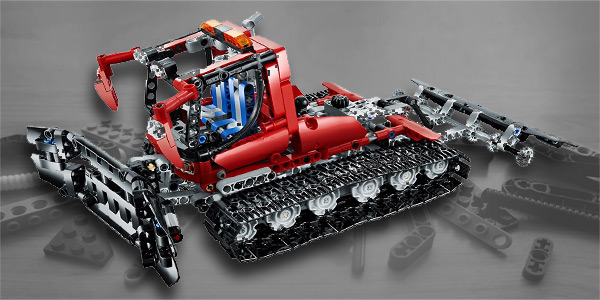 This set is 2 in 1 and you can build either a snow groomer or an arctic tracker which reminds me of some kind of mountain transport vehicle. Both models are really interesting to construct and I like that you can play with the building kit more as there are more possibilities from which you can choose.

The snow groomer has some nice details such as the movable front and rear blade so that you can enjoy more fun while playing. The mechanism of moving with the blades is well-done as the front blade can be controlled with a joystick. It is a really interesting mechanism that connects the joystick and the blade. It also has a nice front grille with headlights. The cab is built with new Lego panels. It also features movable wide tracks. 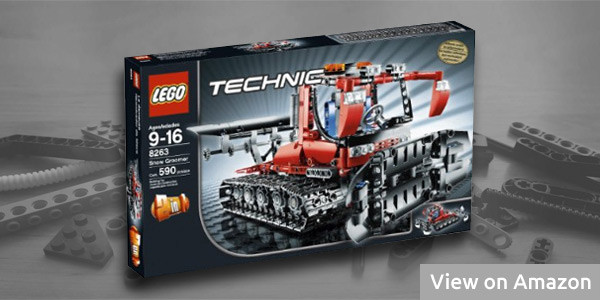 The alternative model that can be built of this set is an all-weather arctic trucker – I really appreciate this model, too. It has also some interesting details like the cabin or the cargo space which can be moved up and down to unload the load.

Considering both models that can be built with this Lego Technic set, it is a really nice set. At least in my opinion. It is something different than all the other Technic sets that you can find reviewed on my blog.