On March 30, 2020, Lego has officially released a new car Lego Technic set, the Dom’s Dodge Charger model that you may know from the Fast & Furious movie where it was used by Dominic Toretto (Dom) – one of the main characters in this movie. This model is a typical American muscle car with all the details which are normally seen in the Lego Technic collections.

To be honest, personally, I don’t like muscle cars very much, but I must admit that as a Lego it looks great. The model featured in this building set is the replica of the 1970s Dodge Charger R/T. The model is made in nice black color with many details, which attract even me although I am not a huge fan of these type of models. The replica will be a great addition to other Lego Technic car sets that are currently available. 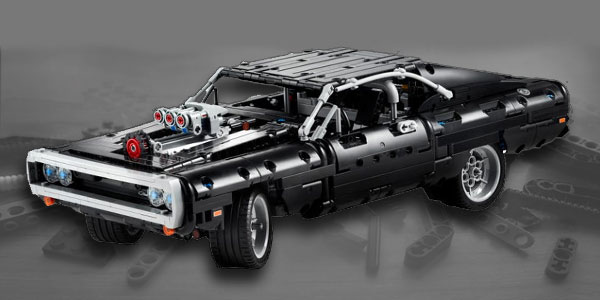 The model features perfect details such as the iconic V8 engine with moving pistons, air blower, steering system, and opening hood. Here I would really like to mention that when you move the car, even the pistons in the motor moves and you can see it well as the engine is uncovered. Also, if you want to see every detail around the engine you can open the hood and see everything which is hidden under it. You will be also surprised with the other details such as fire extinguisher in the cabin or nitro bottles in the trunk of the model which can bring the car into enormous speeds.

I also love that after playing with the model of the car, you can show off the model in the famous wheelstand position and you can also use it to display the car on the shelf.

The final model’s scale ratio is 1:13 of the real model. The set contains 1,077 parts which is ideal for all children above the age of 10 years or for adult car or movie fans as well. This replica inspires children to recreate the specific scenes from the Fast and Furious movies.

This Dominic Toretto’s Dodge Charger Lego replica measures 15 inches (39 cm) long, 6 inches (16 cm) wide and 4 inches (11 cm) high – that is the perfect size for playing with the model. This model cannot be controlled via Bluetooth and it does not require any batteries. 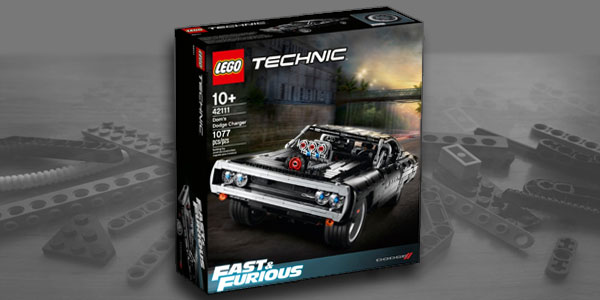 This model was made in cooperation with Dodge and it is also perfect for the collectors and fans of Fast and Furious who just want to display their model in their collection as it has all the details and cool features. Also, the model’s size makes it perfect to show off somewhere on a shelf or for example in the living room!

Also, check this great preview YouTube video of this set: