There are many people who love motorbikes. Lego has made several different motorbike Lego sets which are nice but according to me, the best ones are from the Lego Technic collection. Lego manufactures these kits from the Technic collection into the smallest details and the models feature the realistic movements and mechanisms to help children but also adults to immerse into the world of the real engineering. Today I would like to compare Lego Technic Ducati Panigale V4 R and Lego Technic BMW R 1200 GS Adventure. 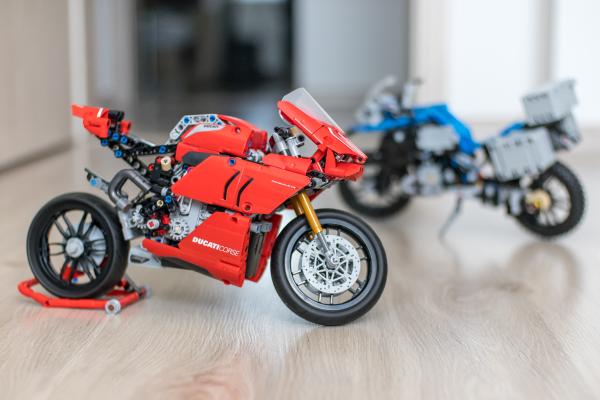 Lego Technic 42107 Ducati Panigale was made in cooperation with the Italian company Ducati and it features perfect replica of the real model. It is inspired by the most powerful and high-performance motorcycle in the history of Ducati. It is made in the traditional red color which is typical for this company. It has many details like exhaust pipes or precisely made windshield and it has also a gear box.

This building kit is the first Lego kit which contains two speed gearbox and it also helps people to understand how the gear mechanism works. It has also V4-cylinder engine and front and rear suspension. All these details enable the model to recreate the realistic movements. 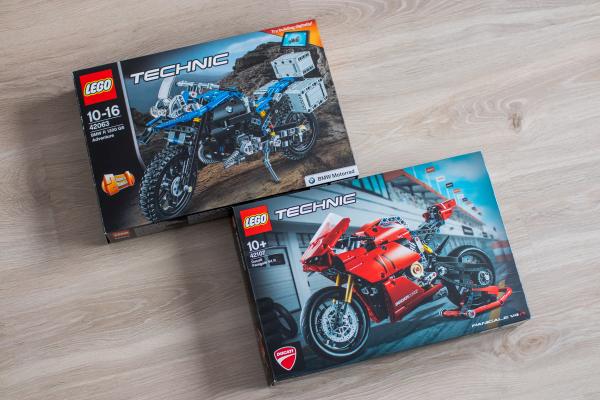 This building kit was released in June 2020 and just a few days after releasing the model, Ducati and Lego had one more interesting surprise for all the fans. Lego artist Riccardo Zangelmi created a life-sized model of this Ducati motorbike. He spent more than 400 hours building the motorbike from the Lego bricks and he needed more than 15000 Lego building elements to build it. You can check some pictures of it on this blog.

Lego Technic 42063 BMW R 1200 GS Adventure is an older model from the collection. It was made in partnership with BMW Motorrad. This model is inspired by the most selling motorbike from the factory of BMW. You can build two models from this set – either the normal motorbike or the future concept of hovercraft which was designed by the young designers from the company. The colors of the model are blue and gray – typical colors for the BMW. The model has many details like two piston engine, detailed dashboard, or the all-terrain tires. This building kit is specially interesting because of the concept of the hovercraft which was created based on the life-size concept of this future model made by junior designers of BMW Motorrad Company. As it does not have so many particles as the building kit above, it is suitable for the younger children which are starting with the Lego Technic.

All things considered, I must say that the Ducati model is probably the better one from the models. Although BMW model in fact contains two models, the Ducati model is made of more bricks (646 pieces), it has more details and it has also the gearbox as the only model. Moreover, the model is newer and according to me more precisely made. However, the BMW model is definitely not bad, and it is suitable for the smaller children as it is easier to construct. 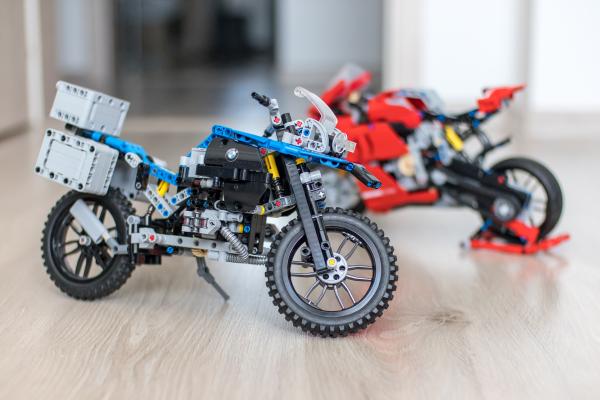 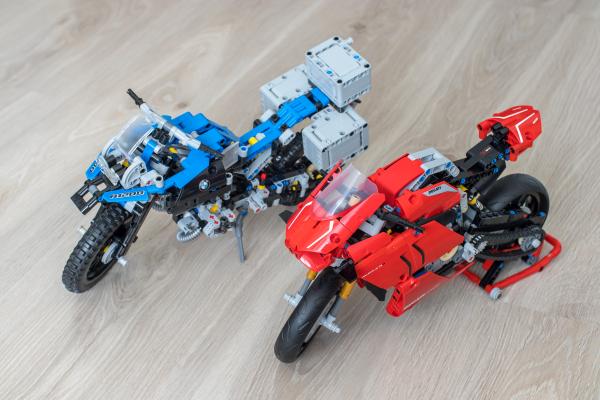 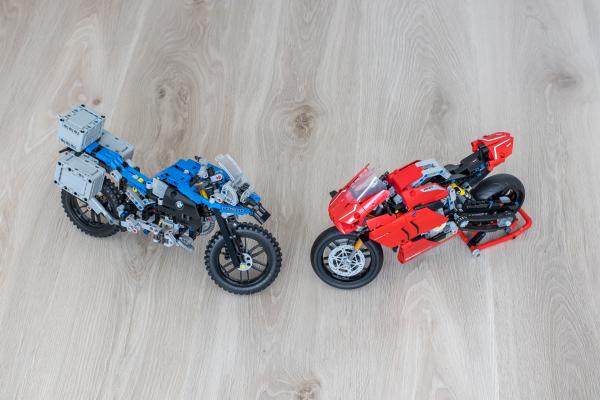 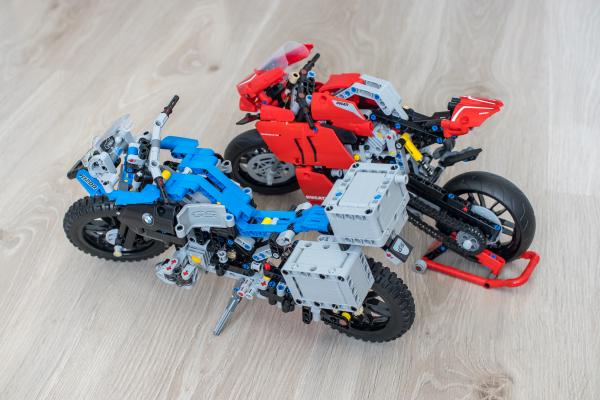 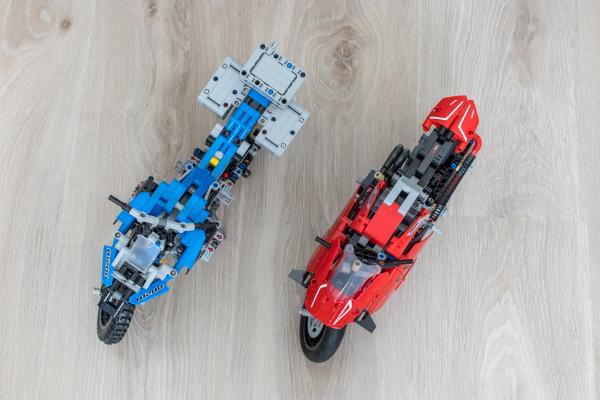