In this article, I will list my choices of the 6 top Star Wars Lego sets that were released in 2020. Since I have chosen just 6 recent Lego sets, some other good ones may be missing in this list. However, I have tried to include the most popular 6 ones that I also personally like. All Lego sets reviewed in this list are marked as “Disney”, because Disney acquired LucasFilm (the company responsible for Star Wars movies) in 2012.

Here we go to my reviews: 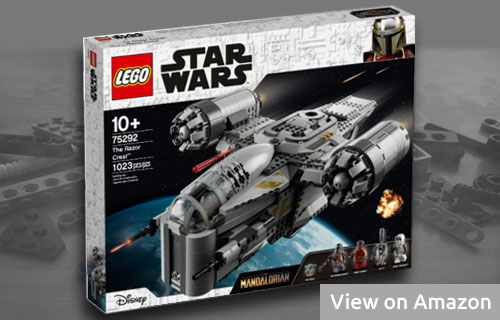 The first one on my list is a large Mandalorian starship Lego model. It consists of 1,023 bricks and most of them are gray. The main features include some nice details, for example, a dual Lego minifigure cockpit and spring-loaded shooters. This spaceship construction toy includes 5 minifigures, too, that represent the Star Wars characters. The dimensions of the model are 15” (38 cm) long, 11” (28 cm) wide, and 5.5” (14 cm) high and it is recommended for kids who are 10 years old or older. Or, it could be a nice gift for an adult Lego fan that likes Star Wars as well.

Also, what is interesting to mention about this particular set is that its name was originally “Razor Crest”, but Lego changed this name to “The Mandalorian Bounty Hunter Transport” because of copyright issues. Nevertheless, it is a great set, the spaceship model looks great, and I believe that it will be a successful one. 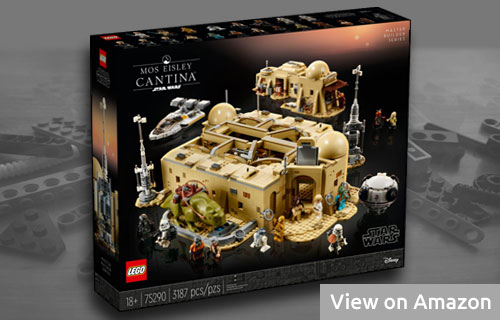 The next one on my list is one of the most anticipated Lego sets that was released in 2020. Actually, its sale start was scheduled for October 1, 2020. I will try to give you a brief overview of it. In my opinion, this is the most iconic Star Wars Lego set ever released. It features the Cantina Mos Eisley city scene. 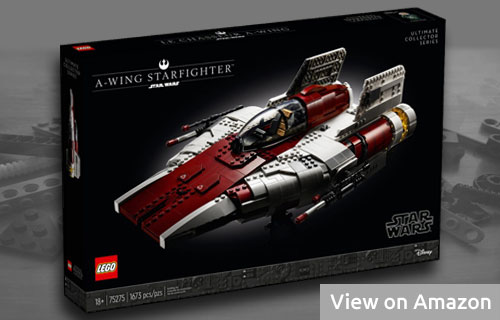 This is a second large Star Wars starship Lego model on my list. It features the exclusive Star Wars Collector Series version of the A-wing Starfighter – Return of the Jedi. The main features of this Star Wars Lego model include, for example, pivoting laser cannons and a removable cockpit canopy that allows you to easily put the minifigure that comes with this set (A-wing pilot) at the controls. 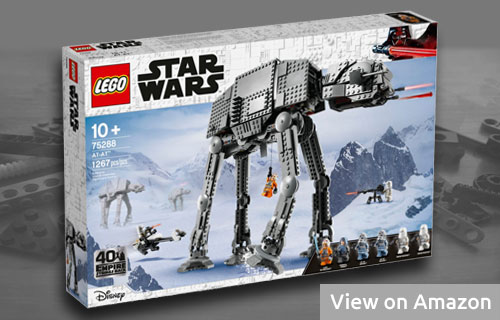 This Lego set features a well-known Star Wars scene, the Battle of Hoth, that includes this All Terrain Armored Transport vehicle. It also includes a speeder bike inside. This Lego model comes in 1,267 pieces and most of them are gray. It includes 6 Lego minifigures as well: 2 Snowtroopers, 2 AT-AT Drivers, Luke Skywalker and General Veers. The AT-AT vehicle is 14.5” (38cm) long, 5.5” (15cm) wide, and 13” (34cm) high. And it is recommended for 10 years old or older kids. 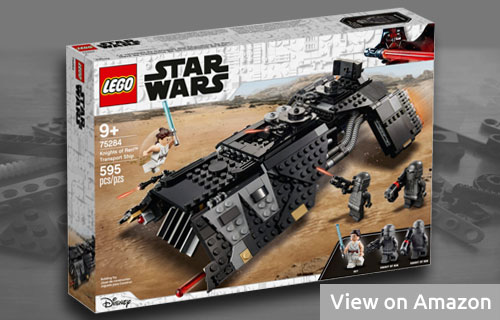 And the third starship on this list is a black one, that represents the dark side of the Star Wars movie characters this time, the Knights of Ren. To be exact, it is a model from The Rise of Skywalker action series. It consists of 595 pieces and comes with 3 Lego Star Wars minifigures: 2 Knights of Ren (with lots of weapons and helmets, that are new Lego parts for August 2020) and Rey with a Lightsaber. This spacecraft model’s dimensions are 11.5” (29cm) long, 3.5” (8cm) high, and 6.5” (17cm) wide and it could be an ideal gift for kids older than 9 years. 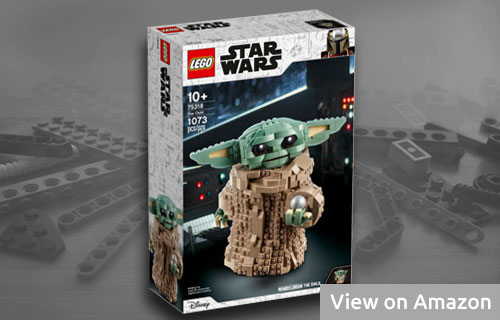 The last set on this list is something different, a Star Wars character model, known as Baby Yoda, The Child. It is a build-and-display model that could be a great gift idea for kids older than 10 years. The features of this Star Wars character include posable ears, mouth and head, and also the gearshift knob (the Child’s favorite toy). It consists of 1,073 pieces and measures 8.5” (21cm) wide, 7.5” (19cm) high, and 5” (13cm) deep. If you like Lego models like this one, you should also check out my review of the Star Wars Stormtrooper Helmet Lego build-and-display model that I have purchased recently. The article includes some detailed photos of the model as well.

To conclude this list, I will say that the choice is up to you. If you like spaceship vehicles, choose one from the three ones. I really like the first one. Or, if you like build-and-display Lego models, go for the last one, The Baby Yoda Child. However, my personal preference would be the 75290 Mos Eisley Cantina set (#2 on this list). In my opinion, this particular Lego model describes the Star Wars movie scene in the best way. Nevertheless, I think any set from this article would be a great holiday gift or special gift for every Star Wars hobbyist or fan.